This post was an idea after one of many long discussions on Facebook with Helen Fisher. We appear to have the same routes and ideas on places to walk like the PCT (Helen calls it the PTC), Wainwrights Coast to Coast and dozens of others, the conversation turned to walking with my dad and how cool she thought it was.

I thought about this and realised that my parents are the reason I started walking and camping in the first place (explained shortly). I have read several books about finding your passion or "Element" and one of them mentioned about looking back over your life, remembering what moments stick in your mind and when you were happiest, this would help find your passion.

From my childhood I can remember our camping trips to Scarborough I loved every minute of them and can remember laughing so much with my best friend, Jay. Although when I kicked the football through the tent we were sleeping in and made a hole, we weren't so happy. We sat in the tent discussing what to tell my parents, who were in the tent next to us listening to our conversion (doh!). I also didn't find it quite so funny when Jay started buying studded leather gloves and whips from the joke shop, I got worried (we were 10). On another trip I went with my dad to Scarborough (actually it was nearer Filey) at Easter, I remember waking up and seeing my dad stood above me holding onto the poles of the tent to stop the tent blowing away, he'd let me sleep rather than wake me. He told me he'd been holding the tent up for hours but I don't know, I was asleep. I think it had snowed lightly when we packed up (but maybe that was my imagination). Those are just 2 of the memorable camping trips, we went to Spain or the Spanish islands a few times but nothing sticks in my mind quite as much as camping, except for being hit on the head by the table football handles by my uncle while I put the money in.

For several years in the early 90's we used to stay in a large house in a small village called Amulree in Perthshire, it's a fabulous place with a hotel, tiny school and a church. There used to be a shop/petrol station but it was closed when I returned a few years ago. My time here was amazing, there was fishing on the front door step, and hills at the back door. On various holiday I spent time there with 9 different members of my family. Again one of the most memorable parts of the holiday was climbing up the hill behind the house with my mam and uncle (see picture above)

Another trip that sticks in my mind is walking in Weardale, where my mam grew up on a farm. I remember dragging a huge branch for miles behind me, or it felt huge and felt like miles. My parents will probably tell me it was half a mile and it was a twig. I used to love being outside as a kid, getting up early and going down to the local farm often hours before the farmer (my god father, not religious but I was christened) arrived. The farm is no more and watching it being pulled down from my window a couple of years ago was very sad. All my memories from being a kid were in the outdoors.

Probably the biggest "defining" moment though, was a trip up Helvellyn with my dad which working it out must have been 2001 due to Foot and Mouth. We left the car park near Wythburn and before we'd even left the trees I was shattered and wanted to give up. My dad encouraged me to carry on and eventually we stopped for a cuppa and food near Comb Craggs (I think) after something to eat I was fine and had no problems after that. As we walked higher we looked down at Thirlmere and watched the RAF planes flying down the valley below us (I could see the pilot lower than me). A bit higher and a woman ran past us with her dog, I'd been struggling walking after a few hundred yards up hill. Upon reaching the top the view was nothing short of breath taking, from Helvellyn you can see so much of the lake district and watching what looked like ants clambering along a knife edge (people on striding edge) which must of blew my mind. I didn't say a lot of this at the time but that feeling of achievement and the stunning views has never left me. 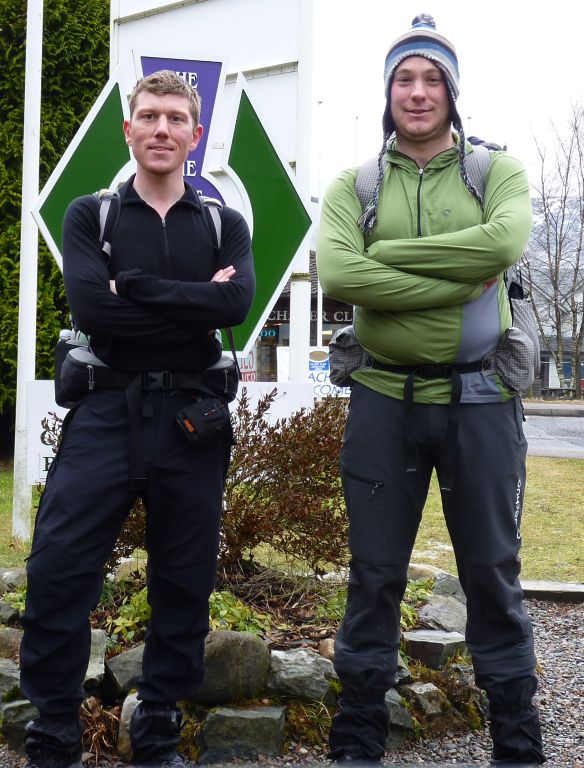 There are so many other amazing walking and camping memories that define who I am today. Walking parts of the Pennine way, also with my dad over Cross Fell in almost zero visibility while we stared at the GPS, we were totally disorientated. The following year it was the complete opposite, 36c. Getting to the top of Ben Nevis, completing the WHW, not giving up on TGO Challenge, once I'd finished I could hardly stand my feet hurt so much. Several times this year when things have been hard or the weather horrible I've found myself smiling and really feeling alive.

My spare time was previously spent messing about with computers, often until well after 3am, then would get up at 7 and go to work. A few people in the local pub would call me smiler, not because I smiled, but because like the character in Last of the summer wine I usually looked miserable.

This year especially, walking and wild camping has become who I am. I entered the 2010 TGO Challenge last year after originally thinking about it in 2006 but relationships prevented me from actually filling out the form back then. After getting in, I started to find other challengers and chatted on Twitter with some. I had plans to go to the Cairngorms in the new year and Phil Turner who I met through Twitter said he would meet me there. My efforts to get there were thwarted when I got stuck in the snow at Alnwick. Eventually I returned home and changed the trip to the Lake District, I was amazed that Phil said he'd join me there, we had never met. Anyone who has looked at this site over the last few months will have noticed that myself and Phil have been all over the place since then and can regularly be found taking the piss out of each other either in person or on Twitter. 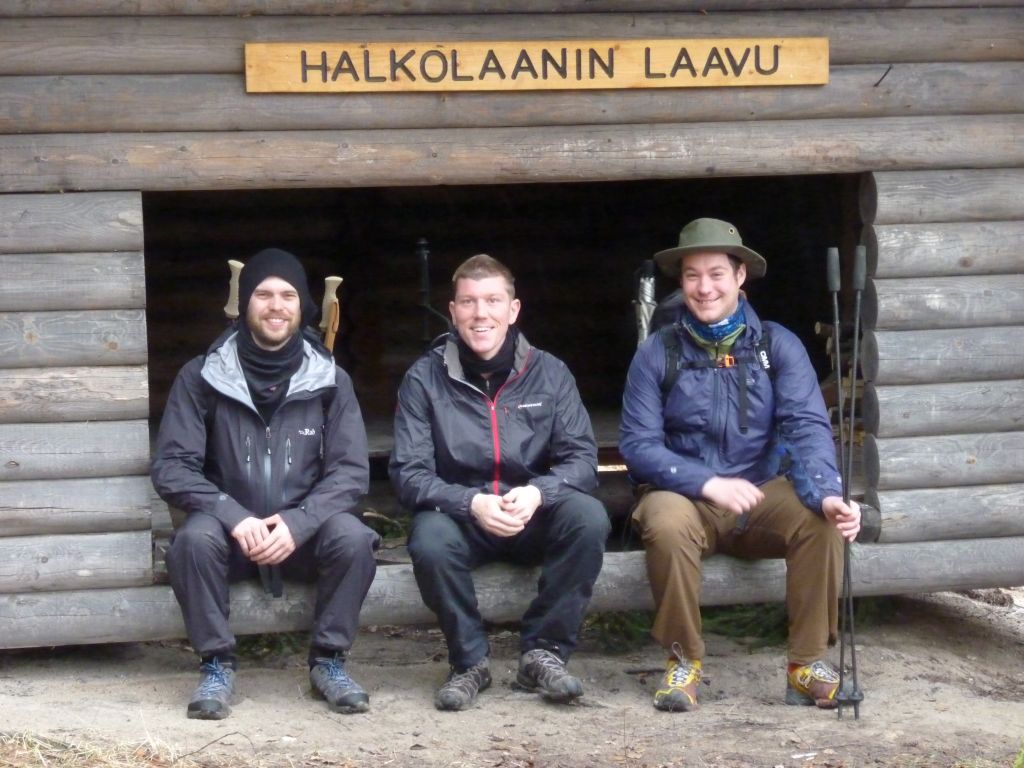 There are several other people who have either played a part in my journey to this point and/or have become good friends, many may not realise the part they played. Obviously my parents who have taken me on loads of walks over the years, but there are others Andy Howell & Bob Cartwright got me interested in the TGO through their Podcasts. Mike Knipe also after his stories of the challenge while he took me on my local ranger training, we've never actually seen each other since to speak to even though we live a mile from each other (his blog keeps me entertained though). Hendrik was an amazing host and guide when he invited myself and Phil over to Finland, hope we can meet up again soon, hopefully on a trip to Scotland. I could keep going on, but some others that I am pleased to call friends who I met mainly through the internet or on the Challenge:

I could go on and on, but while I like lists (or so it would appear, I have hundreds of uncompleted lists of stuff to walk) I don't want to completely put anyone who's made it this far through the post to sleep.

The most recent book I read was Ken Robinsons - The Element which is good, but you are far better watching one of his online talks. He talks about finding your Element. For years I thought my element or passion was computers, which I am good at and they satisfied my desire for new subjects to learn, things move so fast that it suited me. When I got bored with one subject, there was always something new to learn. I realised I became bored because I wasn't interested enough. After years of searching I know my "Element" or passion is being out walking, exploring, camping, basically having an adventure. When in that environment I am surrounded by people I connect and feel "at home" with. 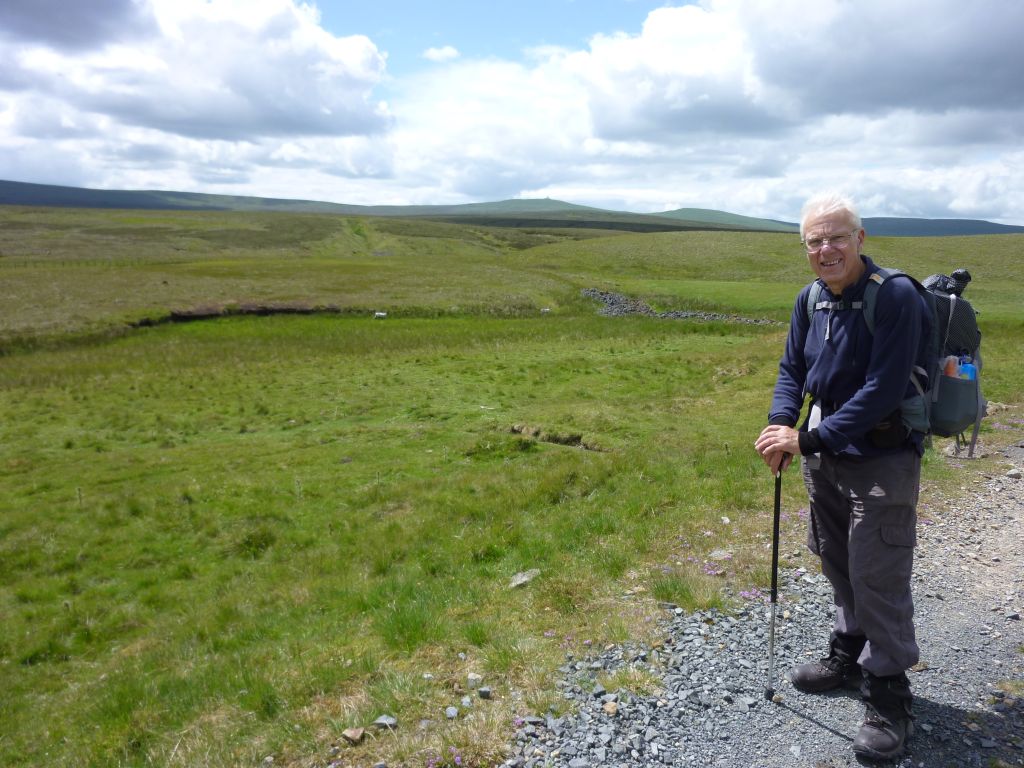 Who knows what the next stage in my life will bring, I hope that the memories and people that I've mentioned and so many more will guide me in the right direction... 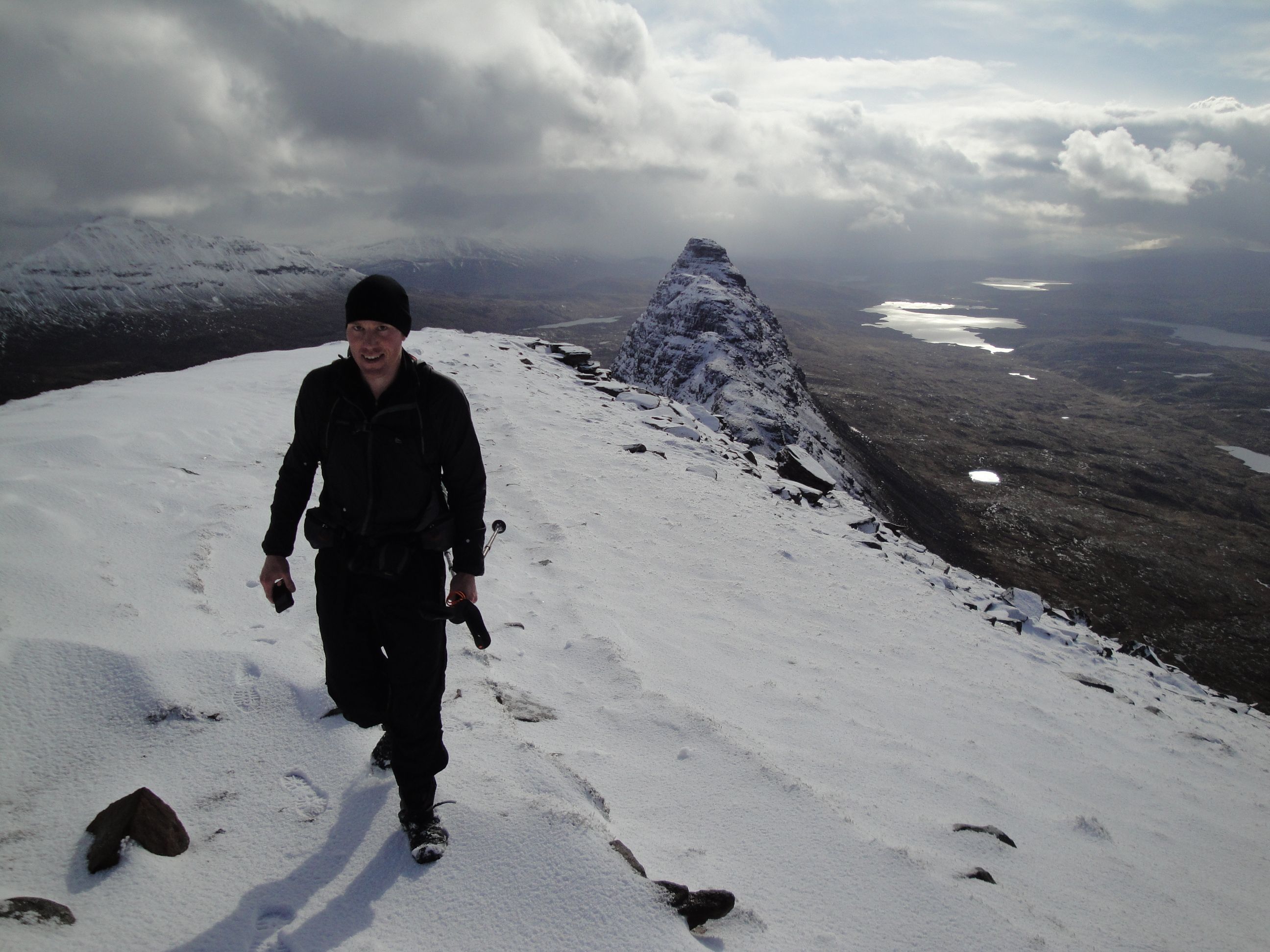