I've done 2 walks this week both around the Eggleston area, both fairly easy walks. 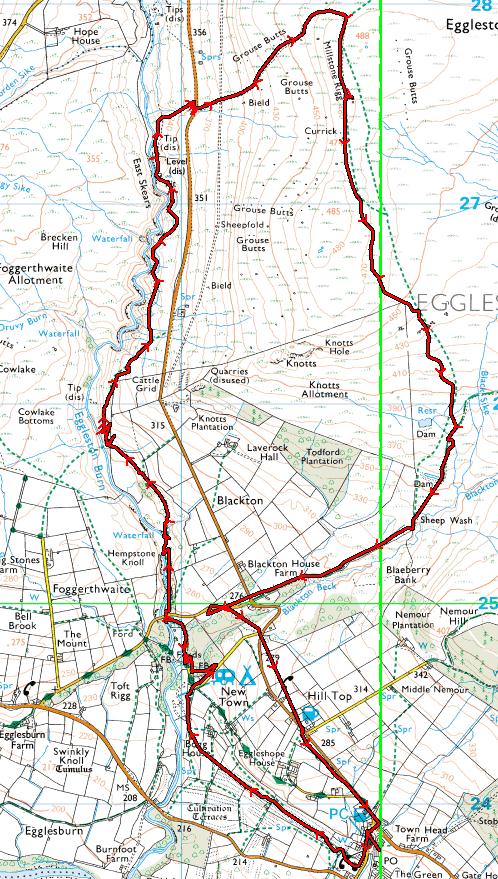 I was scanning old walking routes into Evernote before throwing out the original magazines and this was one one of the 400 routes I've scanned so far. Although I was too busy talking and went the wrong way according to the original route. We ended up jumping a wall to rejoin where we should of been. We also changed the end and decided to walk down the road for the last mile, rather than over the same fields we had already walked on our earlier slight detour.

There are 2 sections to be aware of, the route follows Eggleton burn up to old mine workings. This isn't marked as a path on the map but there is a clear path following the covered water course (a man made stream covered with rocks, I think it was "man made" for the mines). The other part to note is over the moors where the path becomes almost impossible to follow which is why I missed it. Oh also the bridge is down at NY988246 but you can hop the stream. If you would like the route click the link below, this includes the original route and my tracks (including detour). I would advise the original route not my detours. 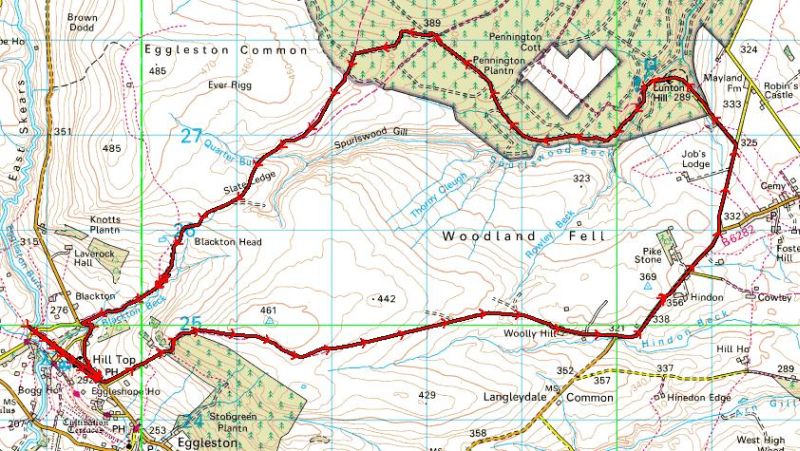 The second Eggleston walk of the week, we decided to do a walk that came over to Eggleston so we could stop at the Hill Top pub and have some dinner. Which is exactly what we did, getting to Hill Top at 12 and consuming a pint, bacon chop, egg and chips. The hard part is leaving back into the cold. This walk is generally easier to follow than the last other than trying to navigate your way through the maze of tracks in Hamsterley Forest. The GPS decided while I was in the pub that I walked a mile or so away (I didn't) so ignore the spike from Hill Top.

This route is along bridleways and would make a good mountain bike ride, there are some open moorland but nothing is too hard. Hoping to do this again but on my mountain bike over the next week.