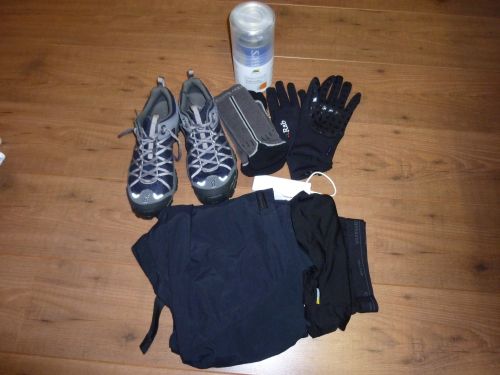 The older you get the more rubbish Christmas becomes, until you have your own kids and you can see the delight on their faces (so I'm told). Anyway, I decided to recreate the fun of Christmas as a kid, by buying myself some outdoor gear for my West Highland Way walk. Today when I arrived home, I had 3 packages on my welcome mat and a neighbour knocked on my door a few minutes later with more. The picture above shows some of the things that arrived.

Most of these items people will be familiar with. The bargain among them has to be the Terrocs for £48.50 including delivery from Wiggle. The Terra Pants are replacements for the ones I have worn almost to destruction for 3 years, although the new ones look very dark blue (supposed to be black). 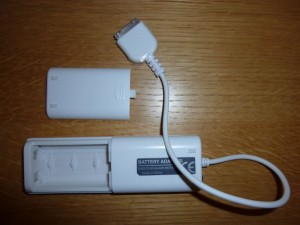 The only thing that's a bit different, is the iPhone Extender/Charger. This was briefly mentioned at the end of the recent review of GPS devices in TGO Magazine. It was only £7.99 + P&P so thought I'd give it a try. Unfortunately on my way home I charged my iPhone in the car, so I'm now sat driaining my iPhone battery with the GPS turned on to give it a test. I can say it was recognised by the iPhone and started to charge it. 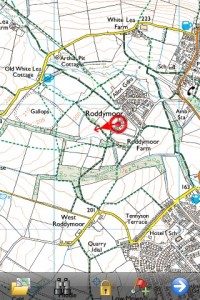 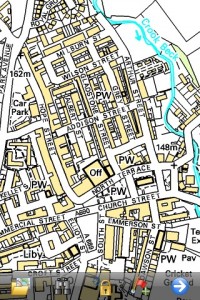 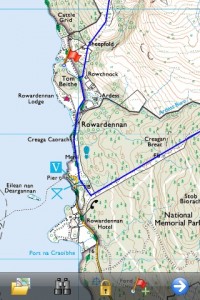 The other thing I bought over the last few days was the Memory Map app for the iPhone. I found it by chance on Sunday night, they hadn't at that point made an announcement. The price I think is ridiculous at £20, when you consider the Windows Mobile version I've used for a couple of years is free and has more features. I thought about it for a few hours and decided to give it a shot. There are some very negative reviews on the iTunes store. I intend to give the app a test at the weekend and will write a review afterwards which will compare it to the Outdoors app I used in the Lakes with Phil (after our detour). I had no problems transfering a map to the app and like the Windows Mobile app I can transfer 1:10k scale maps which I use for work purposes. It's a litttle known fact that you can use the maps you buy direct from the Ordnance Survey for GIS software within Memory Map.There are a few screen grabs above, the top right one displays a 1:10K map, which can be handy when navigating streets at the start of walks.