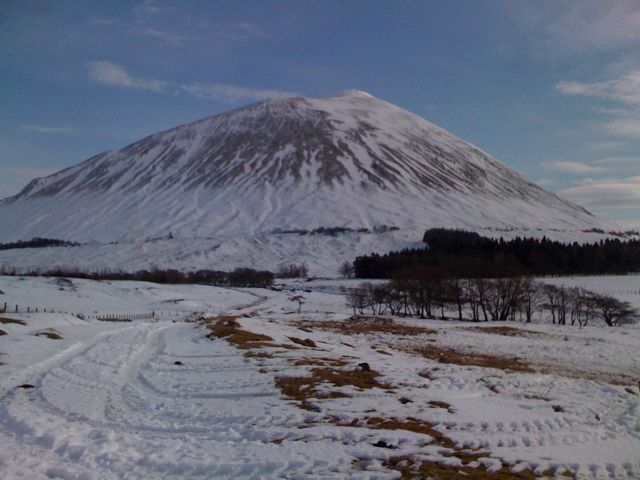 Today started quite late, leaving the wigwam at 9:30 after a shower and hot chocolate. The walk to Tyndrum was only about 2 miles.

The Real Food Cafe had been recommended by Phil as somewhere not to miss. I stopped on the way to check the opening times and post yesterdays trip report. Unfortunately the Cafe wasn't open until 12. I was sat next to to the loch of the lost sword, reading an article on the avalanche cutting the train line off. I would be walking past this later. As I was Reading I heard a massive crack, which made me jump. U think it was the ice on the loch shifting or something in the sun.

Twenty minutes later I was entering Tyndrum. I made myself follow the actual WHW around the back, rather than walking into the bottom of Tyndrum (no cheating for me). I still had 30 minutes to waste, a visit to the shop and a pint in Paddys and that disappeared.

I stuck with Phils suggestion of venison sausage, which didn't dissapoint. The Real Food Cafe is like a posh fish shop.

After leaving Tundrum with the bag stocked up on pies & chocolate the track climbed and the snow although shallow was quite soft. The track from Tyndrum is overall quite flat and would possibly be boring if not for the snow of my trip. 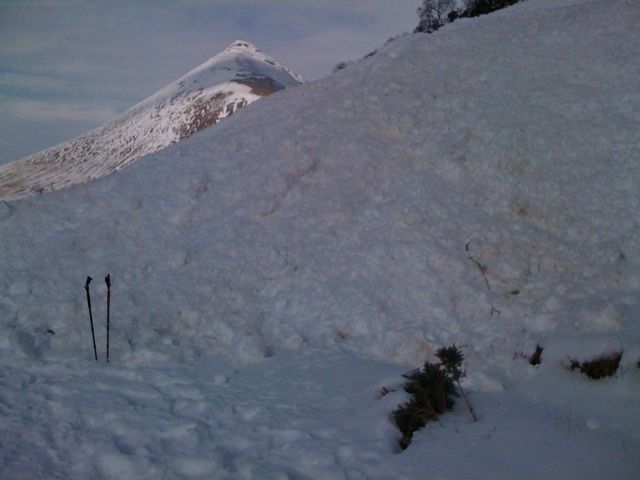 I was keeping an eye out for the avalanche that had closed the train line. It turned out to be between 3 & 5 avalanches, with one large one. I'd been told that they were clearing it on Monday, but while in the bar a railworker said a snow blower should clear it tomorrow. 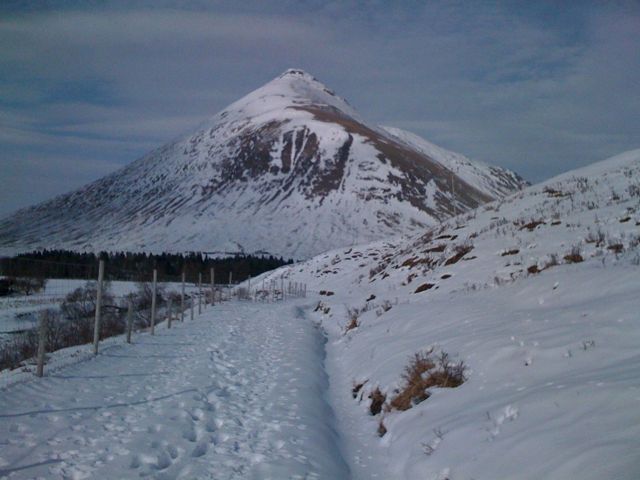 The snow most of the walk today was quite soft, probably due to the time of day. My eyes couldn't help but be drawn to Beinn Dorain which I had planned to climb tomorrow. It looks fantastic in the snow. I intend to check the websites tomorrow then may walk so far up to see what it's like. A climber said to me tonight it's coming back down that's difficult, I'll keep that in mind.

The staff are very friendly and I met the man behind the keyboard for @bridgeoforchy1 on Twitter who had exchanged a few messages.

I spoke to a few people tonight, upon arrival I spent 20 minutes talking to a couple from the South of England (think Essex but alcohol has numbed my brain). Tonight was their last night and they had walked the WHW 7 years ago. Strangely they didn't walk mountains though.

There were several others I spoke to. Bill Oddy was in the bar, not the real one but very similar.

@Bridgeoforchy1 (Duncan) suggested just relaxing in the hotel (he would say that, lol) or walking along Glen Orchy. If I'm gonna expend any energy tomorrow I'd like to think it was going uphill. 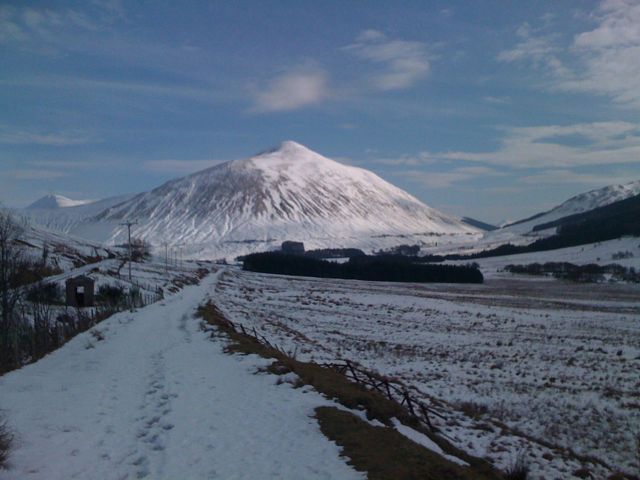