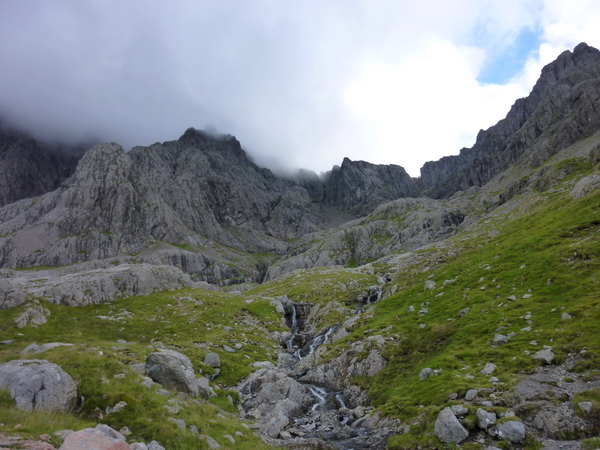 At the moment many are reflecting on 2010 and setting resolutions for 2011. An idea has been brewing for weeks to do a video review of 2010 that would cover the people, places and experiences of the year, It's a lot of work and I've had other things on my mind recently. I don't intend to set any resolutions as such; but may post my goals/aims for the year next week.

This post is sort of related to the above but more specifically reflecting on the last month, you may (or more likely not) have noticed that I've done very little walking in December.

The planned trip with Hendrik, Petesy and Johnny was canceled due to airport and road closures but that was at the end of November and I then more or less disappeared from this site. I have written in the past about problems with my heart and specific events like my North Yorkshire 3 peaks episode or C2C. I have normally dealt with this by getting back up and pushing on immediately much like getting back on a horse, usually pushing harder than when the event happened.

I was scheduled to see a specialist in early December to discuss having an operation, which had been briefly mentioned for over 3 years. The appointment was rescheduled to the 30th December which has summed up my whole experience, constant cancellations and different doctors every trip. Between the cancellation of the original appointment and my new one I had several "episodes" which were far more frequent and lasted longer than the norm.

The NY 3 peaks "episode" was probably more worrying to me than I let on to anyone, quite early in the walk I more or less collapsed. I couldn't get back to my feet for a few minutes but I knew if I turned around and went back to the car I would be giving in. So on this occasion I eventually managed to get up and decided to carry on and rather than just walking the next 22 miles I decided to run much of the downhill.

After this I then had another "episode" cycling home from work and on this occasion I spent 45 minutes sat at the side of a busy road trying to slow my heart rate, unable to hold my bike upright. Eventually I decided I couldn't sit there any longer and phoned the cavalry (my parents). I almost immediately regretted the decision when my heart rate slowed and I then felt defeated.

The third "episode" I'd decided to walk the 1 mile in the snow to the local town for groceries but once I left the house I decided to run which always makes me smile. Half a mile later and I had to sit on a stile for 15 minutes while my heart went crazy. I pushed on a few hundreds yards more struggling to stand, let alone walk. I decided to prop myself against a wall near the main road and once again tried exercises to slow my heart rate. While doing this it started to snow heavily and 30 minutes later I looked like a snowman and was probably as cold as one. Luckily just when I was contemplating asking a tractor driver for a lift, my heart returned to normal and I carried on for the groceries (again not giving in).

The last incident must of had a bigger impact on me than I realised and it's only the last few days that I noticed I'd began making excuses not to go out walking. Previously it was rare that anything happened and usually not for very long but the frequency and duration has increased recently and for some reason I'd allowed doubt to creep into my mind. I knew that I wasn't going to die from any of these episode (unless I fall off a ridge) but I had for the first time allowed this seed into my mind. I'm not sure if this was because it coincided with a few weeks of tiredness and then flu but I became sluggish and very unlike the "me" of the last year.

Luckily I finally got to see the specialist a couple of days ago and its the first time I've felt positive after any discussion relating to my heart. When a doctor says "You will not die from this" its always reassuring and he went through everything, what was happening and what he was intending to do. He agreed with everything I'd previously concluded regarding medication (shouldn't take any) and I will be having the procedure once I receive a date; hopefully in about 3 months.

I'm not going to get into what the procedure entails on here, but afterwards I should be normal (me normal?) and the day after can do whatever I like, climb Everest maybe?

I feel back to myself and that seed of doubt has gone, yeah I will no doubt have a few "episodes" until the operation but I can live with them as I have been. The majority of challenges in life are mental, staying positive and believing in yourself is the biggest battle.

The catalyst for the state of mind change probably wasn't just the doctor or the new year but being awoken this morning (January 1st) by a butterfly flapping its wings against my bedroom blind. Maybe I was half asleep, hungover or have talked with Helen too much but it felt like it signified a change and a new start.

I will be out walking tomorrow!!