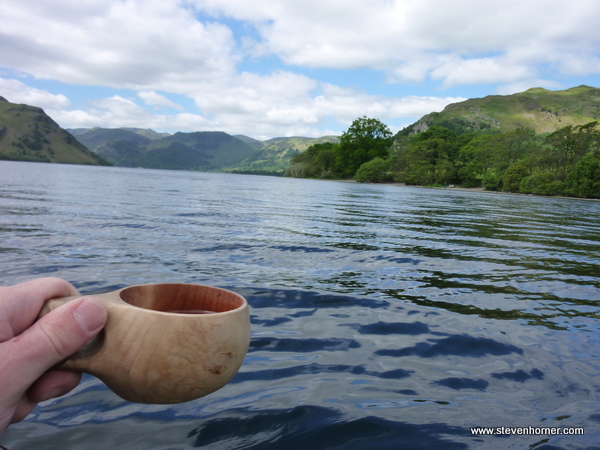 Water the single most important thing to us humans. You could get away without shelter or food for several days or weeks but not so for water. Supposedly we can last 3 days without water, but long before that you would experience headaches, probably dizziness and obviously a total lack of energy. Even though it's so important many of us backpackers don't give it much thought or we just do what we've always done.

I like the idea that each time you go on a trip you should try something new and I have experimented over the last year or two trying to gauge how much water to carry depending on the environment and the expected weather conditions. Below is a shortened summary showing how my usage has changed (top oldest). 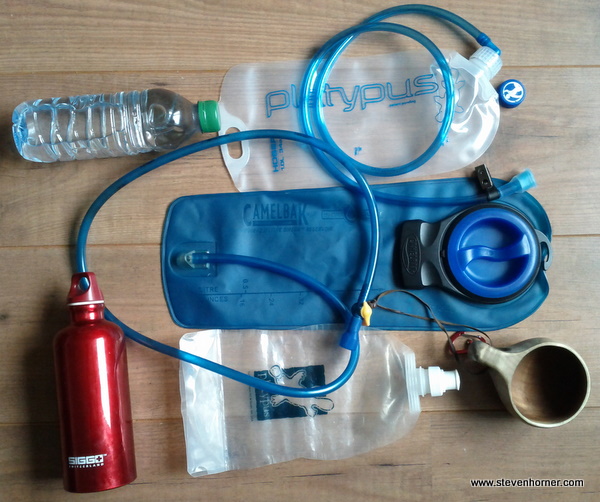 There can be huge differences in the volume of water needed for a trip, I've had several trips where I have got it wrong, going back several years. One that comes to mind was walking the Wainwrights around Ennerdale, after a wildcamp on Haystacks I filled the 2L Camelbak and the 500ml SIG bottle before setting off. The day turned out to be hot and back in 2007 I was carrying a lot more in my pack than today, after walking over Brandreth, Green Gable, Great Gable, Kirk Fell, Pillar, Scoat Fell, Steeple and Haycock I had run out of water and hadn't realised how low the water level had become due to the Camelbak being hidden in the pack. There was no water up high and I was feeling the effects, very sluggish, headaches and I just wanted to sit down. On this occasion I checked the map and made a detour to Silver cove and found a stream thankfully bubbling away. I was in the lake district beneath me was Ennerdale which I obviously could of headed for. I had an added problem on this trip, this was probably the first occasion when I began to notice I had a heart problem and just wanted to lie down and sleep, the water problem just made it worse.

I had other occasions when I ran out of water on day walks due to not knowing how much water was remaining in the camelbak. On one of these the pipes froze in winter, you can get insulated pipes which the person I was walking with had, theirs froze too. This was the end of using reservoirs hidden in my pack. Something that could be worth a look is the new flow meter from Camelbak which has a display that lets you know how much water is remaining among other information. I find looking at a clear bottle much simpler and cheaper. I find turning a water bottle upside down in winter prevents the opening freezing, water freezes from the top down.

I have never treated water with any form of filter, tablet or any other method. This is likely due to the areas I choose to walk being mountainous and/or remote. Although I have walked with people who spent 10 minutes filtering water through an inline filter while I stood there scooping water with my Kuksa and drinking it. This was a from a fast moving stream in the North York Moors. Some may think I am stupid but I try to choose a source of water that hopefully wouldn't be contaminated, I have never been ill. If I walked through more urban areas or lots of flat farmed areas I may think differently.

This is my personal choice, I've seen many walkers carry 5+ litres of water in the Lake District or Scotland and never need to stop to fill up. They generally do need to stop due to carrying 5+kg of water weight on their backs though. I mentioned earlier its the skill of judging what water maybe available, clearly if you are walking in hot dry areas or polluted ares of the world you will NEED to carry much more water.

Two of my favourite pieces of kit are my Kuksa and Platypus, the Kuksa I bought while on a trip to Finland and was introdused to them by Hendrik Morkel. Since then it is attached to my pack on every trip I make. It's not just used for taking pictures on summits, it's main use is to scoop water whenever I pass a stream. You could use a far lighter plastic cup but it's just not the same as a carved wooden kuksa. The 1L platypus is one of those bits of kit that is just so simple you give it no thought. It rolls up to nothing and sits in the very top of my pack waiting until the last water point of the day where I will fill it up for my camp water. 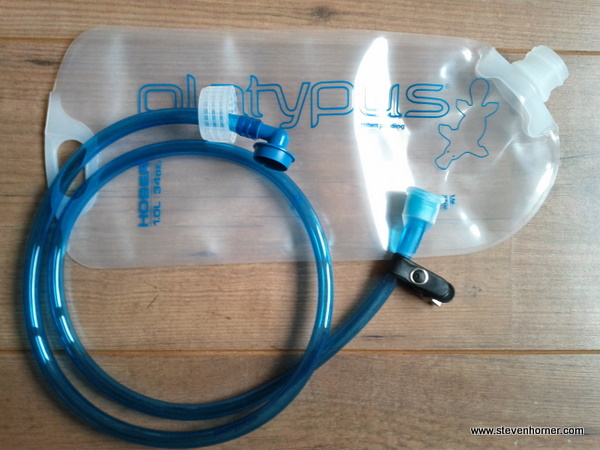 I've used the same platypus for the last 4-5 years and it has never leaked or developed any problems. Webtogs asked if I wanted to test a hydration system a couple of months ago, I already had this post in mind so asked for another Playtpus. I could of chosen a more expensive Camelbak but I prefer the simple system I've developed. I received the Hoser which features a pipe so you can hide the bladder in your pack and drink using the bite valve without having to do a strange yoga stretching position to remove a bottle from your pack side pockets. The bite valve isn't as nice as Camelbaks but it works, having said Camelbaks are better I dislike the newer style shut off valve on Camelbaks. Their old valve was far easier to operate one handed. The Hoser doesn't feature a shut valve, this could be a problem as the bite valve becomes old and water seeps out but I haven't used it for long enough. An upgraded valve is available as an upgrade.

The Hoser features a very simple clip that allows you to attach the pipe to your pack or clothes, I would remove it though as its a bit unnescessary most packs have loops you can easily push the bite valve into rather than using the extra metal clip.

I already mentioned that I decided I no longer want to use a water reservoir with pipes, be it a camelbak or a Hoser due to finding it hard to track how much water I was drinking and how much is remaining. So why ask for a Hoser, I wanted the main reservoir not the pipe and may on future trips abroad use an inline filter to fill up my other water containers. The Platypus has changed slightly since I bought my original years ago. The new ones are made of slightly less rigid plastic, have a loop to either hang or pick it up by and the entry/exit to the platypus is now on the corner. Having the entry/exit on the corner makes sense if you are using it in a hydration system, all the water will be funneled towards the pipe due the shape of the reservoir. Camelbak pipes exit near the centre at the bottom and the last bit of water can be hard to suck through. Camelbaks also have seperate fill up/pipe exits giving 2 possible points of failure rather than the 1 on the Platypus.

The only criticism I would have of the Platypus is they can take considerably longer to fill due to the small simple top. The Hoser doesn't come with a standard cap like my old one, because it is intended to be used with the pipe and bite valve. Most bottle tops from fizzy drinks containers do fit though or you could buy some official closure caps from Platypus. As well as a criticism, it is also an advantage, keeping it incredibly simple is one less thing to go wrong. Several times I've struggled to remove the large opening cap from Camelbaks when they have stuck, almost breaking my thumbs to open them, slight exageration but it hurt. Platypus may of already of answered this with their Big Zip but Keep It Simple Stupid (Kiss) comes to mind with less to go wrong and leak I will stick to my current system. 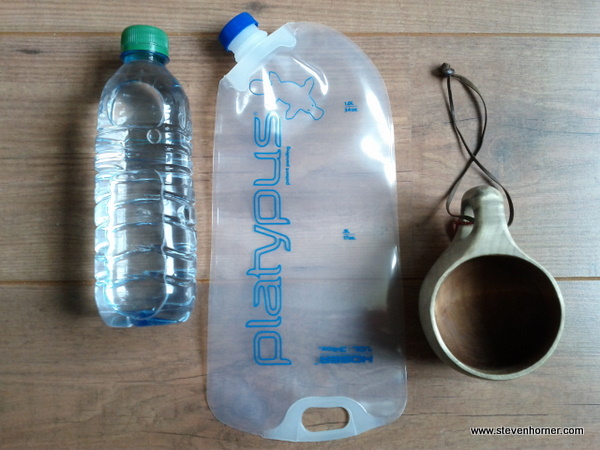 So to summarise my water system for walking in the British mountains: I always carry my Kuksa to drink whenever I pass a stream or other water source, 1 or 2 500ml clear water bottles and a 1L Platypus minus the hose/pipe for camp at night or for when water maybe scarce at higher levels during the day. This isn't really a review of the Platypus there's not much to review and the best recommendation is I asked for another over several other more expensive fancy systems.