Before I write about the day I will say from the start, I'm laid here feeling sorry for myself and quite upset.

I suppose I better explain why first. I'm laid in the shelter with blisters on top of blisters. I've walked 23 miles (5 more than planned) in weather that you would be lucky to get in July/August, it was 24c in the shade, but felt hotter in direct sun. I started walking at 6:45, but was in no rush due to hoping to call at the shop in Laggan (unsure of opening time). I stopped on the way to Laggan to dry the shelter off a bit. Eventually getting there just after 9, I think it was about 6 or 7 miles. Nearly all of which is on the road.

When planning this route, this was what I was always worried about (18 miles majority on roads). I planned a section avoiding some of the road via a tiny place called Phones, then across the moor down into Kingussie.

Anyway I continued on my way from Laggan after stocking up on Sausage Rolls for lunch. I used the back roads rather than the very busy road via Newtonmore. The temperature was hot at 9, and it rose as the day went on. I didn't have any suncream, so covered up using my hat and buff.

Eventually not far from the A9 I was caught by another challenger and we talked as we walked along. He walked fast, nearly the same speed I had the day before but that was off road tracks (where I'm happier). We walked almost to Phones when he said I was slightly too fast and left me. I'd only speeded up to keep up with him, oh well.

Shortly after though I stopped by a loch for lunch and water. The heat by now was getting to me, I felt far too hot but knew I needed to keep covered up or burn (even more). After leaving the loch the route became open moorland with no breeze and no shelter from the sun.

After what seemed like an eternity I could see the route descending to the A9. I sat down near it and made the wrong decision to push on past Kingussie, which would have been about 2 miles. The reasoning that I could make the following day shorter and hopefully get there by lunch and pop into Aviemore. My feet did hurt but I was having more a problem with the heat which was slightly cooler now I was off the moor.

I continued on, turning off more or less opposite the Kingussie turning and had picked a spot I hoped to camp on the map. When I got to Drumguish I texted challenge control to let them know where I was and that I was ok. I thought the signal may go soon after, which it did. I got a message back from Roger thanking me and warning of rain.

I am now probably 2 miles East from Drumguish at a big opening in the Forest with a stream and there is an old building a few hundred yards away, but my feet hurt too much to go and look at it.

I was very releaved when I saw that where I'd chose on the map was good to pitch, often it's boggy or over grown. I didn't let myself stop until the Trailstar was pitched and I'd collected water. Then I took my shoes off and the socks, the Compeed plasters where hanging off in places where the blisters had popped. Others I can see are twice the size they were this morning and both feet are covered with a rash. A heat rash I think, I had one yesterday but it went quickly but after more than 2 hours it's still the same.

Once I stopped and then tried to move I could feel the pain. I was so focused earlier I'd blocked it out. I almost felt like crying just looking at them. I said yesterday that it was worse than when I didn't finish the West Highland Way a few years ago but would carry on. Now I'm not sure I can, which is why I feel upset.

My options are I continue to the camp site at Coylumbridge (Rothiemurchus) where I'm intending to camp and meet up with Phil which is 12 miles. The other is I walk back in the direction of Kingussie (6 miles to the town) but that means giving up unless I took a day off. I think I will head to Coylumbridge (near Aviemore) as planned, if things are really bad a few miles up the route is Feshie Bridge where there's an outdoor centre.

I feel a little better in making the decision, but presuming I get to the campsite (fairly certain I will). I will then have to make a decision about my feet. The Larig ghru is the day after and once on the route, you either walk to the end or turn around and come back. I have to be certain before I set off :-(

Happy I'm meeting Phil tomorrow, someone I actually know and would welcome his advice. If I had a signal now I would ring someone but sadly I don't. That is enough for this post, tune in again to find out what happened next... 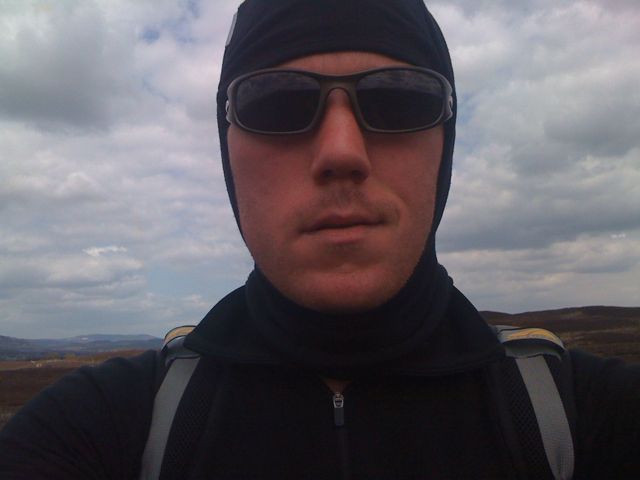 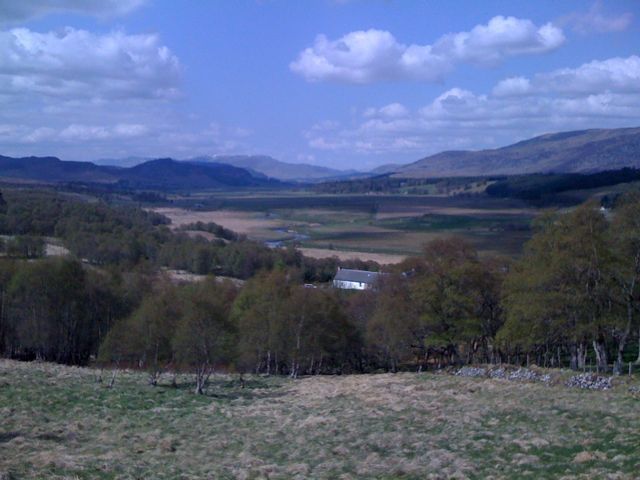