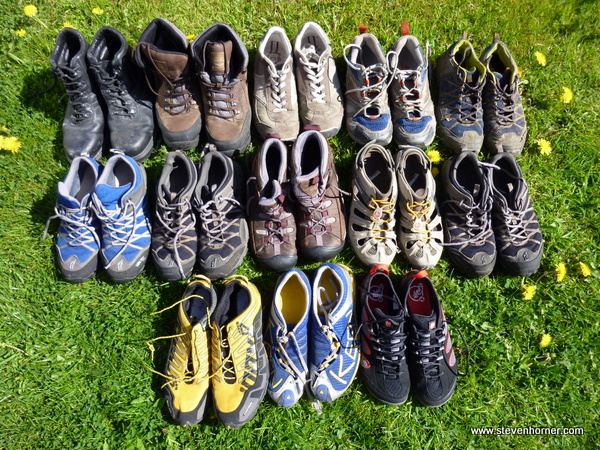 The black boots at the top left I never actually used in the hills but are similar to the boots I used for several years. The missing boots were the ones you used to see outside the Famous Army Stores named after places in the lake district.

Footwear in the picture:

My footwear journey from heavy boots to lightweight trail runners is perfectly captured in the top picture. Along the way I've had various knee problems and have worn custom made insoles. The Podiatrist described my feet as the worst he had seen other than his own (he was talking about my overpronation). The picture of the insoles below should give an idea of how bad. 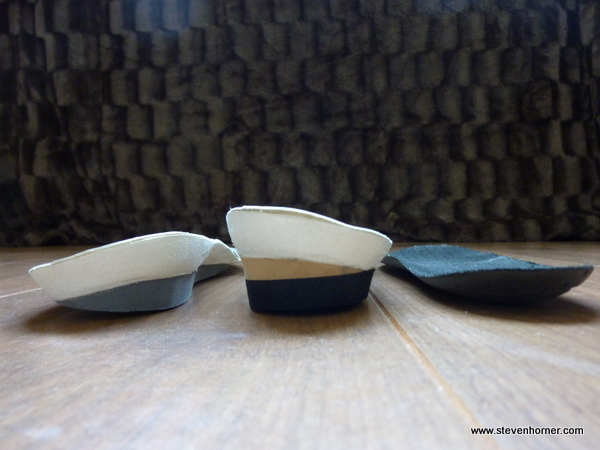 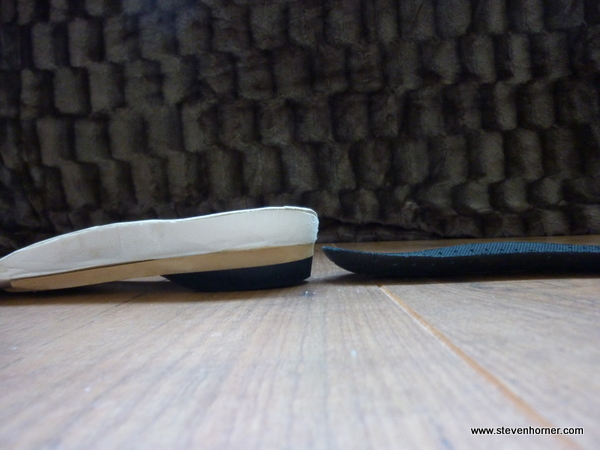 The custom insoles regularly cause blisters due to the slippy heat reflecting surface used to make them. In recent months I've started walking differently, no longer heal striking and have not used insoles for the last few months. So far I've had no knee pain, minimalist shoes have allowed me to get back to our natural way of walking and running.

Maybe eventually I can run barefoot but this will require some foot strengthening, the A86s and True Gloves are helping to make this transition. Not that I have plans to go backpacking barefoot.