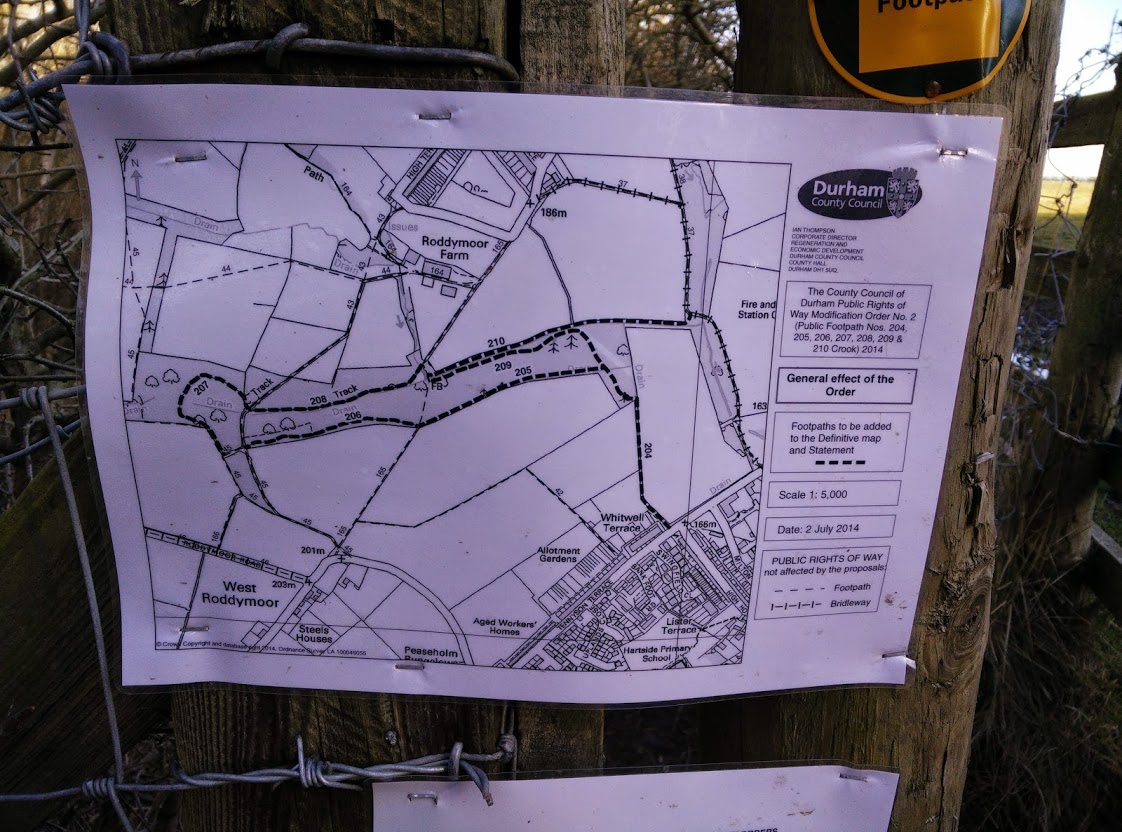 This website has been on hold for a while, unfortunately I didn't do a lot of walking in 2014. A few walks locally, the Durham Dales Challenge, Scarborough to Whitby, a couple of walks in the lakes and a trip or two to Scotland. In previous years I would have done this in 1 month.

Traci and I have a few things planned for 2015, the biggest of which will be our July wedding in Las Vegas. Our Honeymoon will be walking the John Muir Trail (presuming we get permits) then returning to Las Vegas to relax, if that's possible in Vegas.

The main reason for this post is to provide an update on the footpaths around the area I live and in particular Kitty's Wood. I wrote about the situation back in June 2012. A quick refresh to save reading the full post is the local land was previously owned by Durham County Council and leased as a farm. The farm closed several years ago and was demolished in April 2009, the Council then decided to sell off the land. The farm land had lots of footpaths across it that locals had walked for years and the Council had maintained, but the council had never added these paths as official Public Rights of Way (PRoW). The new land owner then decided to close the majority of these paths which angered a lot of people.

My take on this was always that the main problem was with the Council in the first place. Selling the land without making these paths PRoW, the land owner legally was perfectly in his rights to stop people walking across them. Even though he must surely have known the extent to which these paths were used, but probably didn't expect the response. In any case this led to considerable effort by a small group of locals and later the Ramblers to have these paths officially recognised. 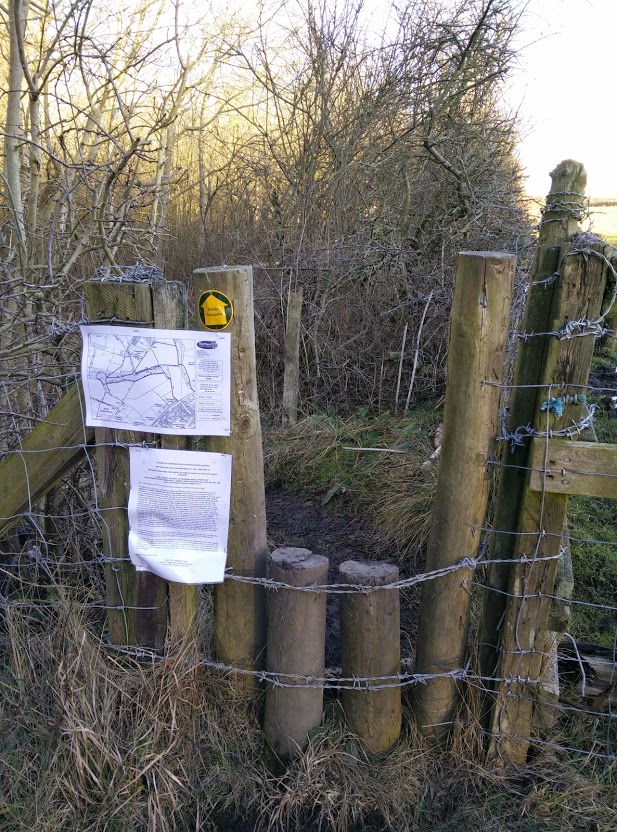 I am happy to report that almost all of the footpaths I originally highlighted are now official PRoW, with a couple of exceptions. Seven new paths have been added to the definitive map and in due course will appear on Ordnance Survey maps. I have already updated OpenStreetMap with these paths and their official designations.

I would encourage everyone to check their local footpaths to ensure they are recorded as official PRoW. If you find they are not, then you need to collect evidence of their use with written statements from as many people as possible but these will likely need to be recorded on the correct forms and a modification order will need to be applied for all this should be explained by your local council. My experience of the process was not good, requests to apply for a modification order were ignored or people were told the Ramblers had already applied but this turned out to not include the same information or the same paths.

The whole process is not easy for an individual to carry out unless you have experience of the process or have lots of spare time, most of us don't. I would encourage you to approach the Ramblers who do have plenty of experience of this sort of thing and my local Council took more notice of them than anyone else. 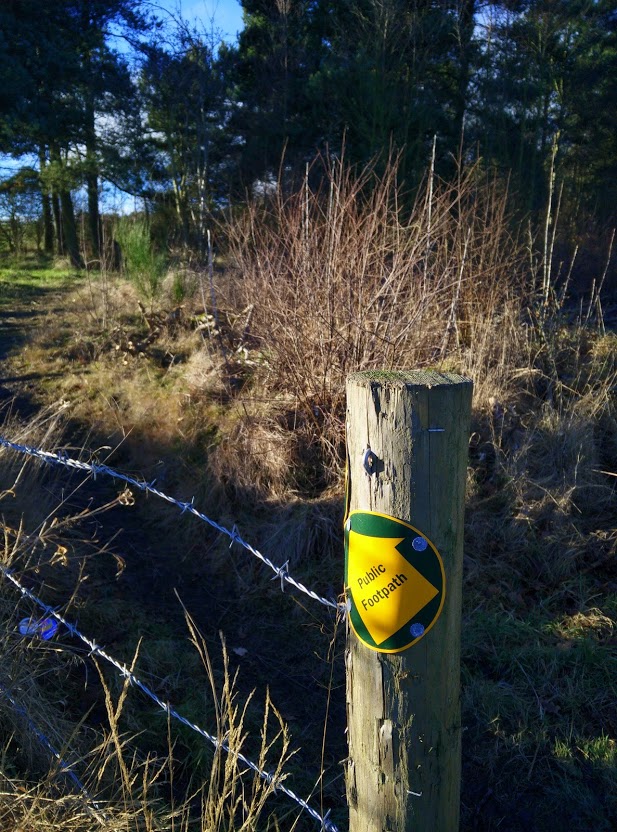 There are still a couple of paths missing or recorded incorrectly, a footpath that was always used as a bridleway and did have a bridleway sign at each end up until a few years ago is still only recorded as a footpath (FP 43/45). A short footpath which even has a Durham County Council sign on it has not been added as a PROW and several footpaths which are still marked incorrectly (FP 45). Again these are failings from the PRoW team at the Council who would only listen to the Ramblers and told others that they had applied for all the same footpaths, which is why these are missing. The existing footpaths which are marked incorrectly I have reported to them repeatedly long before the land was sold and nothing has ever been done. The whole thing highlights just how difficult it can be for individuals.

I would really like to see the British Mountaineering Council (BMC) help in this area, they appear to be increasing their support for walkers in recognition that the majority of their members are more likely walkers not Alpine mountaineers. They are moving in the right direction with the help of people like Chris Townsend and Carey Davis but appreciate they focus on Mountain areas.

The problems faced by the public appear to be stacking up, there are deadlines for claiming footpaths but Councils and the Ramblers appear to be working to differing information. With an increasing backlog of work for PRoW teams and dwindling staff numbers, resources and uncertainty for those that remain I can feel for them, I'm in the same situation myself.

The public need help and guidance from the likes of the Ramblers and the BMC preferably a combined message. We are all working for the same thing after all.